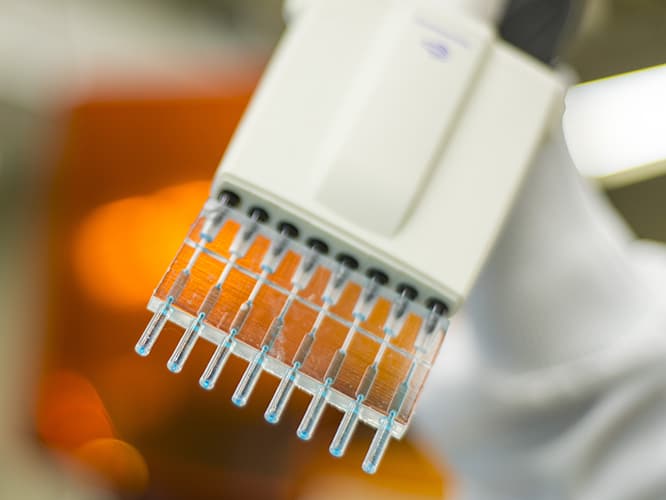 Researchers at the University of Connecticut have developed a 3D printed enzyme-linked immunosorbent assay (ELISA) device, which fits onto a normal pipette and substantially reduces the time and cost of this common medical test. The device could allow for medical testing in remote or low-resource regions, where such tests would otherwise be unavailable.

ELISA tests are routinely used to measure protein levels in biological samples – this includes antibodies, and a variety of pathogenic molecules. The test can reveal the presence of numerous diseases, including some cancers, HIV, and Lyme disease. However, performing the assay requires specialized training along with expensive reagents and bulky equipment. The procedure itself is long and monotonous, with numerous washing steps required to achieve a clear result when the traditional 96-well plate-based assay is performed. 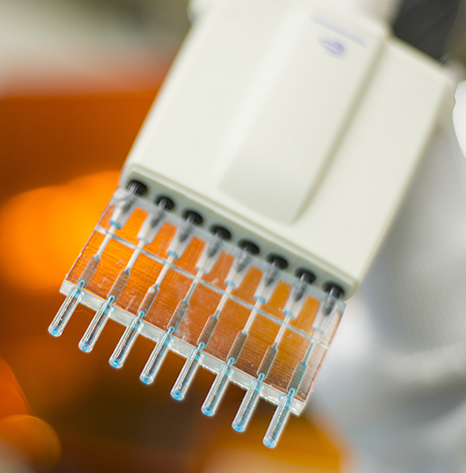 To address these issues, the UConn researchers have developed a low-cost 3D-printed device that can slip onto a common lab tool, the pipette, and which can be used to perform an ELISA. Normally used for transferring small volumes of liquid, the common pipette is the lab work horse. Disposable tips pushed onto the end of the pipette hold liquid samples that researchers can aspirate or dispense.

As a replacement for such tips, the new device pushes onto a pipette, allowing researchers to draw samples or washing fluids directly into it. Each “tip” represents one well in a 96-well plate and the assay takes place within the tip itself.

“We didn’t want to make a big change in the traditional ELISA; we just made engineered, controlled changes,” said Mohamed Sharafeldin, a researcher involved in the study. “So, the basics are the same. We use the same antibodies at the same concentrations that they use with conventional or traditional ELISA, so we are using the same protocols. Anything that can be run by normal ELISA can be run by this, with the advantage of being less expensive, much faster and accessible.”

The new device requires much smaller volumes of expensive reagents, such as antibodies, than the traditional ELISA format. It is also much faster. “Here we have a chamber where the reaction happens at all points,” said Sharafeldin. “This reduces the time of the assay, which is an important thing, because the ELISA assay takes from five to eight hours to run. This one can be run in 90 minutes.”

Unlike the traditional ELISA, the new device does not require an expensive and bulky plate reader to analyze the results. In fact, a cell phone camera and a free app are enough to measure the color change that happens in the wells. The new assay is so simple to use that a layperson could conduct the test, and then send the resulting cell phone images to a technician for analysis, opening up the possibilities for rapid diagnosis in remote or low-resource areas.

vamtam-theme-circle-post
 Category Updates
While the COVID-19 pandemic has seen some countries respond well to the ongoing health crisis for their own populations, it has also – despite decades of increasing and...
Read More

Preserving Vaccines at Room Temperature Finally PossibleNightWare Gets FDA Breakthrough Status for App to Stop Nightmares of PTSD Sufferers