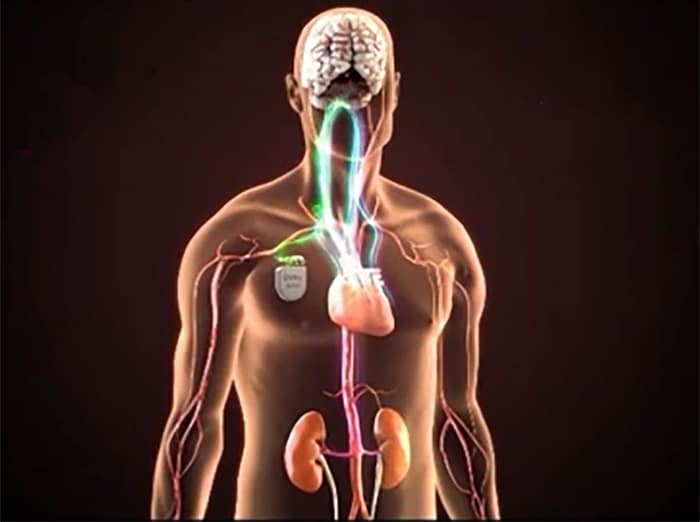 CVRx, a Minneapolis, Minnesota company, won FDA approval for the first neuromodulation device designed to address heart failure. Intended as a treatment option for patients with an ejection fraction ≤35% and New York Heart Failure Classification of III or II (with recent history of Class III), the device stimulates the carotid artery and in turn the baroreceptors that control cardiovascular activity.

The system monitors and adjusts the signals it delivers to achieve optimal beat-to-beat stimulation. It has been approved in Europe for a number of years (see flashbacks below).

“With the FDA’s approval of the BAROSTIM NEO, we finally have an effective neuromodulation therapy for advanced heart failure patients who are not indicated for Cardiac Resynchronization Therapy,” said Michael Zile, M.D., Professor of Medicine at the Medical University of South Carolina in a press release. “The BAROSTIM NEO improves the quality of life and the exercise capacity of heart failure patients who previously did not have access to a device-based therapy.”

“After many decades of research in the field of neuromodulation, the BAROSTIM NEO is the first device approved in the United States that uses the power of the brain and nervous system to target cardiovascular disease,” added Nadim Yared, President and CEO of CVRx. “We are thrilled to transition to the next stage of our company’s growth, shifting our focus to the successful adoption of BAROSTIM NEO in the United States and bringing an innovative solution to chronic heart failure patients.”

Here’s a video that explains how the BAROSTIM NEO works:

Some of the results from the Baroreflex Activation Therapy for Heart Failure Pivotal Trial (BeAT-HF) that the FDA used to make its decision, according to CVRx:

vamtam-theme-circle-post
 Category Updates
While the COVID-19 pandemic has seen some countries respond well to the ongoing health crisis for their own populations, it has also – despite decades of increasing and...
Read More

Lumendi Gets FDA Clearance for New Endolumenal Interventional KnifeSelf-Rolling Sensor Measures Electrical Activity of Heart Organoids