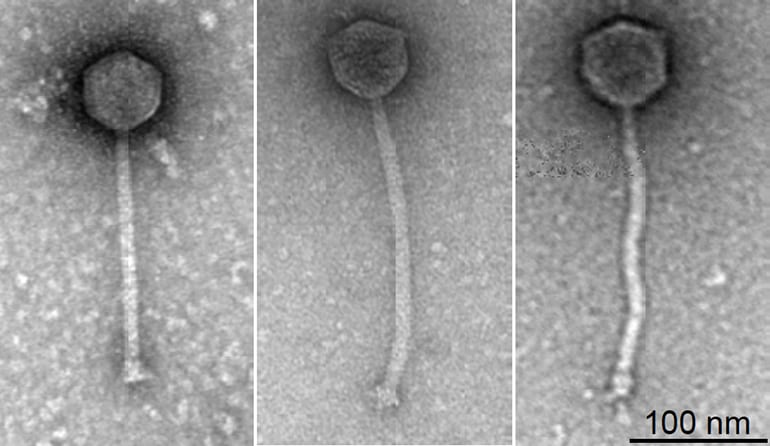 Scientists at the Howard Hughes Medical Institute have achieved a world’s first of beating a bacterial infection using an engineered virus. This was done in a 15-year-old girl with cystic fibrosis who had a severe case of Mycobacterium.

The girl received a double lung transplant, but then developed the infection that antibiotics could not kill. The infection spread through the body, even developing into nodules over the skin.

As a last resort she was injected with bacteriophages, which are viruses that infect bacteria. These viruses were gathered as part of Howard Hughes Medical Institute’s SEA-PHAGES program, which involved over a hundred universities, thousands of students, and that resulted in about 15,000 vial samples stored in a special freezer. These were also closely studied and their DNA was sequenced, so quite a bit is known about these phages.

A frantic search through all this data led the researchers to identify which phages would be good candidates to attack the Mycobacterium infection. These were tested on bacteria related to what the patient had and they mixed thousands of different phages to test them all at once too. The result was three phages that seemed to work, but two of them weren’t very efficient. The researchers used genetic engineering to modify these two to make them a lot more powerful and after the concoction was injected over a six week period.

The phages worked almost immediately and through the six weeks treatment, the patient had a complete remission of the infection. While this was successful for one patient, the technique is still very slow and expensive. Measures will certainly be taken to speed up the discovery process identifying which phages work for which infections, potentially leading to a new standard of care when battling bacteria.

Study in Nature Medicine: Engineered bacteriophages for treatment of a patient with a disseminated drug-resistant Mycobacterium abscessus…

vamtam-theme-circle-post
 Category Updates
While the COVID-19 pandemic has seen some countries respond well to the ongoing health crisis for their own populations, it has also – despite decades of increasing and...
Read More

HEEADSSS Up: The Popular Screening Tool Comes to Mobile DevicesImprivata partners with Microsoft for cloud-based platforms