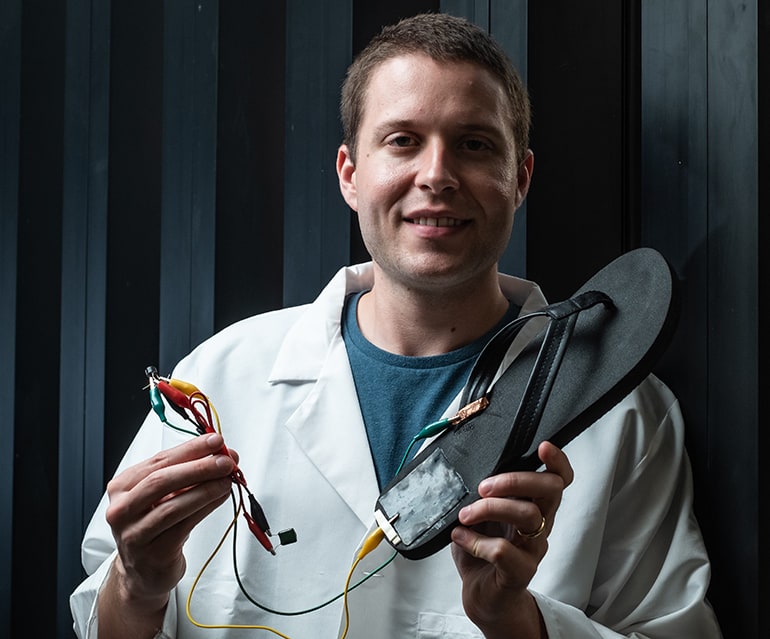 Many implantable and wearable devices need access to continuously available electrical power. Implants, such as cardiac pacemakers, often have to be exchanged for new ones during surgery because modern batteries have a limited lifetime.

Engineers at Rice University have been working on a small and flat generator that is capable of producing significant amounts of electricity to power a variety of medical devices.

The new generator relies on the triboelectric effect, in which electricity is produced when two different materials are brought toward each other and then pulled apart. Every time the two are separated, a charge builds up on their surface, which can be collected. The device from Rice University uses a small capacitor to provide storage for the charge, after which it can be used to either power a pacemaker, an internal body sensor, or recharge a battery for a wearable.

It produces a peak power of more than 8 milliwatts, which is quite substantial for fairly low power devices such as pacemakers.

It will be important to place such generators where the body undergoes a lot of movement, such as at the shoulders, feet, and elbows, to generate as much electricity as possible. Even the heart may potentially be used to move the generators back and forth, a pretty reliable source of energy while we’re alive.

An announcement from Rice University provides some details about the underlying technology:

LIG is a graphene foam produced when chemicals are heated on the surface of a polymer or other material with a laser, leaving only interconnected flakes of two-dimensional carbon. The lab first made LIG on common polyimide, but extended the technique to plants, food, treated paper and wood.

The lab turned polyimide, cork and other materials into LIG electrodes to see how well they produced energy and stood up to wear and tear. They got the best results from materials on the opposite ends of the triboelectric series, which quantifies their ability to generate static charge by contact electrification.

In the folding configuration, LIG from the tribo-negative polyimide was sprayed with a protecting coating of polyurethane, which also served as a tribo-positive material. When the electrodes were brought together, electrons transferred to the polyimide from the polyurethane. Subsequent contact and separation drove charges that could be stored through an external circuit to rebalance the built-up static charge. The folding LIG generated about 1 kilovolt, and remained stable after 5,000 bending cycles.

The best configuration, with electrodes of the polyimide-LIG composite and aluminum, produced voltages above 3.5 kilovolts with a peak power of more than 8 milliwatts.

Here’s a short video demonstrating how one such generator can produce enough electricity to power an array of LED lights:

vamtam-theme-circle-post
 Category Updates
While the COVID-19 pandemic has seen some countries respond well to the ongoing health crisis for their own populations, it has also – despite decades of increasing and...
Read More

Is NHSX CEO right to promote exposing the APIs of the NHS App?IMPEDE-FX Embolization Plug Cleared in U.S. for Peripheral Arteries