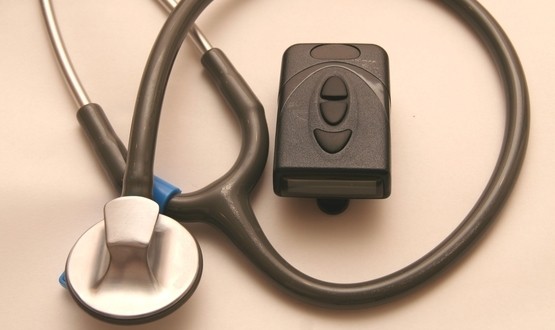 Several motions are expected to be discussed at the British Medical Association’s annual representatives meeting (ARM), calling on NHS England, NHS Digital and individual trusts to collate the advantages and disadvantages of all communication methods currently used in the health service.

The region is calling on the BMA to oppose the blanket policies until “feasible alternatives” are determined.

The Leicestershire and Rutland division and London Regional Council echo similar calls for communication technology to be upgraded in a “reliable, secure and effective manner”.

The motions “welcome” Hancock’s call to rid the NHS of old technology, but warn “clinically safe and appropriate alternatives” need to be found first.

Hancock’s war on outdated tech began in December 2018 with the Axe the Fax campaign to rid the NHS of fax machines. He banned trusts from purchasing new fax machines beyond January 2019, with a complete phase-out of the technology planned for April 2020.

In February this year the Purge the Pager campaign was announced, with NHS trusts required to phase out pagers by the end of 2021. All hospitals are expected to have plans and infrastructure in place to ensure this is possible by the end of September 2020.

Instead, staff are expected use modern alternatives, such as mobile phones and apps, which can deliver more accurate two-way communications at a reduced cost.

The BMA ARM agenda notes phone technology is “preferential” to pagers, but “devices should be provided by the NHS, and not dependent upon the vagaries of apps on personal phones”.

Members also call for fax technology not to be phased out until every clinician and provider or NHS services can use NHSmail to ensure clinical messages are shared on an encoded and integral system.

A spokesman for the Department of Health and Social Care said the Government was not imposing a blanket ban on pagers, adding they can still be used in emergency situations until a clinically said alternative is available.

“It is absolutely right the NHS replaces outdated technology such as fax machines and pagers with modern and safe alternatives, which allow clinicians to communicate with each other quickly and securely,” they said.

“NHSX will helps trusts harness the huge potential of technology to support hard-working staff deliver the cutting-edge care set out by the NHS Long Term Plan.”

The meeting will be held on June 27.

It comes as Dr Barney Gilbert, a junior doctor and chief executive of instant messaging app Forward, exclusively told Digital Health that guidance issued on the use of instant message apps in the wake of WannaCry has been “more confusing than helpful”.

He claimed  “very few” NHS workers would be aware of the guidance for using apps like WhatsApp to quickly share patient data, which are often used in favour of pagers.

vamtam-theme-circle-post
 Category Updates
While the COVID-19 pandemic has seen some countries respond well to the ongoing health crisis for their own populations, it has also – despite decades of increasing and...
Read More

Ultra-Thin Probe Assesses Tissues Deep Within LungsVirtual Biopsy for Skin Lesions Using Vibrational Optical Coherence Tomography