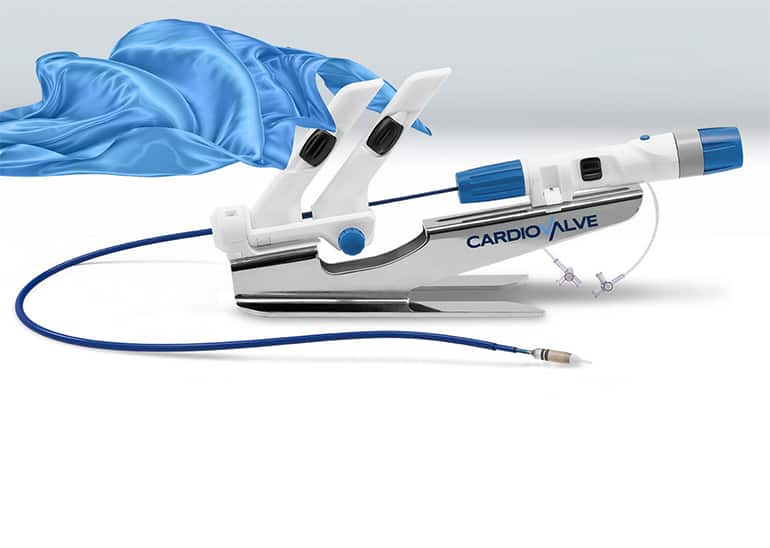 Cardiovalve announced that it received FDA Breakthrough Device Designation for its Transcatheter Tricuspid Valve Replacement System. The company also received approval for an Early Feasibility Study of the device for tricuspid and mitral valve regurgitation indications.

The Cardiovalve transcatheter system is designed for treatment
of mitral and tricuspid regurgitation by replacement of the native valves via a
transfemoral approach. Using a transfemoral procedure allows surgeons to offer a
minimally-invasive alternative to open heart surgery or transapical delivery
with mini-thoracotomy access.

The Cardiovalve system is designed to provide
significant benefits, according to the company’s release, including a short
profile for minimal protrusion to the left or right ventricle that minimizes interference
with the cardiac blood flow. It is also designed with an enhanced seal to prevent
paravalvular leaks. Initial clinical results demonstrate high procedural success,
and the first patients have had sustained clinical benefit for more than two
years.

“We are excited about the FDA’s recognition of the potential clinical benefit of the Transcatheter Tricuspid Valve Replacement System,” Amir Gross, CEO of Cardiovalve, said in a press release. “We now have clinical data two years out that our implant is functioning as expected and the patient is improved clinically. FDA’s ‘breakthrough’ designation validates and reaffirms our commitment to improving and extending the lives of millions of patients suffering from heart valve disease across the world.”

Cardiovalve was originally part of Valtech Cardio, which was acquired by Edwards Lifesciences in 2017.

vamtam-theme-circle-post
 Category Updates
While the COVID-19 pandemic has seen some countries respond well to the ongoing health crisis for their own populations, it has also – despite decades of increasing and...
Read More

The Connected Baby and the Internet of OnesiesTable-Top Robot Uses AI to Make Blood Draws, Insert Catheters