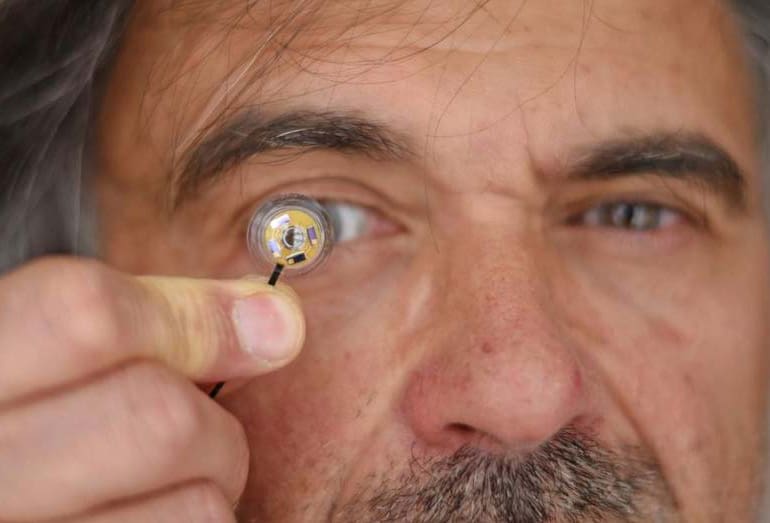 Electronic contact lenses have been in development for over a decade by a number of labs around the world. Having electronics integrated into a contact lens may provide medical capabilities, such as measuring intraoccular pressure, analyzing tears for glucose levels, and aiding people with poor vision. While the science of making smart contact lenses has progressed quite a bit, there’s still a major challenge of how to power these devices so they can do impressive feats and do so for long periods of time. 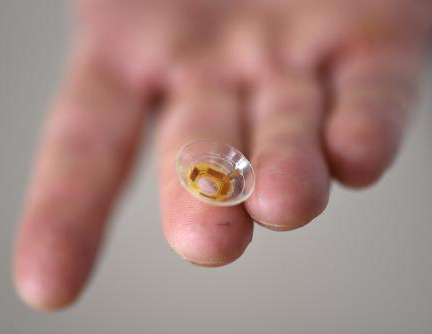 Researchers at IMT Atlantique, a French engineering university, working with folks from LCS, a contact lens manufacturer based in Caen, have now developed a way to integrate a flexible battery into a contact lens. The micro-battery is able to provide enough power to illuminate a light-emitting diode (LED) for a few hours, which is probably the first time that so much power was available inside a contact lens. Previously, researchers generally relied on wireless energy transmission, which is extremely limited at how much useful power it can deliver.

“This first project is part of a larger and very ambitious project aimed at creating a new generation of oculometers linked to the emergence of augmented reality helmets that have given rise to new uses (man-machine interfaces, cognitive load analysis, etc.). This opens up huge markets, while at the same time imposing new constraints on precision and integration.” in a published statemens said IMT Atlantique professor Jean-Louis de Bougrenet de la Tocnaye

The researchers aren’t necessarily looking at medical uses for their technology, but that’s certainly on the menu as other engineers will be able to take advantage of this to power health-based contacts.

vamtam-theme-circle-post
 Category Updates
While the COVID-19 pandemic has seen some countries respond well to the ongoing health crisis for their own populations, it has also – despite decades of increasing and...
Read More

Microsoft and VA Rolling Out Xboxes with Adaptive Controllers at Rehab CentersXcision GammaPod High Precision Breast Cancer Radiotherapy Cleared in Europe