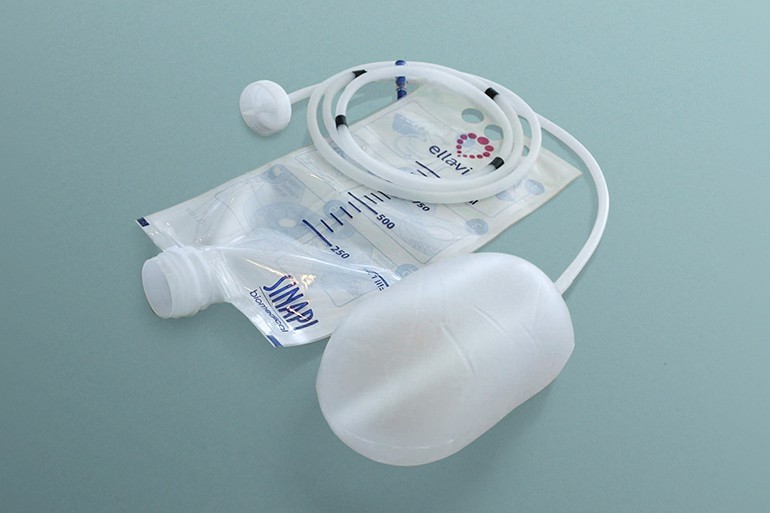 Postpartum hemorrhage (PPH) is one of the most common ways that new mothers do not survive childbirth. Although such severe, uncontrolled bleeding is extremely rare in the developed world, in places such as sub-Saharan Africa it is still pervasive.

Ellavi, a uterine balloon tamponade (UBT) developed by Sinapi Biomedical, a company based in South Africa, and PATH, a global healthcare organization, has just received the European Union’s CE mark of approval. Though intended for Europe, the CE mark is recognized in many countries outside the continent, so the new clearance gives the Ellavi device broad access to where it’s most needed.

Costing only $7.50 wholesale, the Ellavi can deliver consistent, safe pressure onto the interior of the uterus within two minutes of opening the package. Only tap water is needed, and it is used to fill up the tamponade once it is inserted. A free-flow system helps to make sure that the pressure is even, proper, and consistent over the interior of the uterus. This helps to stop the bleeding and motivates the uterus to relax and halt the bleeding on its own thanks to its cross-linked anatomy.

This is significantly different to other expensive solutions and existing, tinkered-together methods that clinicians in low-resources areas employ, such as using condoms for balloons and straws as catheters.

“PPH can happen to any pregnant woman, anywhere in the world. These deaths can be prevented; however, the mothers who are most likely to die from PPH are those living in sub-Saharan Africa, reflecting the inequities in access to health care and appropriate technologies,” said Elizabeth Abu-Haydar, UBT Product Manager at PATH. “We championed an innovative solution that could prevent the deaths of thousands of pregnant women—a low-cost UBT that performs to the same high standards as those used to save lives in high-resource hospitals, yet is affordable and preassembled for ease of use in health facilities in resource-poor communities.”

Here’s a video presenting the Ellavi:

Via: PATH and Sinapi Biomedical

vamtam-theme-circle-post
 Category Updates
While the COVID-19 pandemic has seen some countries respond well to the ongoing health crisis for their own populations, it has also – despite decades of increasing and...
Read More

Movers and Shakers roundupMid-Infrared Imaging Made Practical for Medicine by Danish Researchers