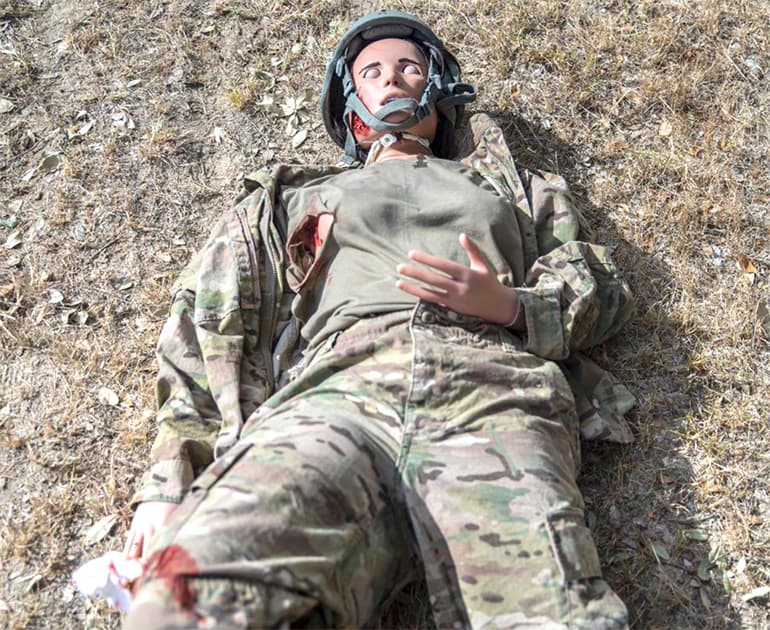 Operative Experience, a healthcare simulation company based in Maryland, is releasing the first anatomically accurate female combat casualty simulator. The device can mimic a variety of conditions, including airway and breathing problems, severe wounds, and broken bones, and can be used to practice emergency medicine for those conditions.

Since men mostly comprise the medics in the military, some, because of their young age or other reasons, may be unfamiliar or uncomfortable with the female body. This can promote a poor response to a medical situation by diverting attention from the task at hand. Using the simulator can help to acquaint first responders with the female body and potentially improve response times and the quality of the care delivered.

Unlike other similar models, that are usually modified male simulators with the breasts and pubic areas exchanged, Operative Experience’s device has a variety of differences, such as lighter and less dense skeletal features, lower muscle mass, breasts of varying size, and more gluteal adipose tissue. It can even simulate a potentially pregnant patient and release menstrual blood to fool trainees about a potential wound.

Here’s a video demonstrating the device and its realism:

vamtam-theme-circle-post
 Category Updates
While the COVID-19 pandemic has seen some countries respond well to the ongoing health crisis for their own populations, it has also – despite decades of increasing and...
Read More

New Medical 3D Printer Unveiled by B9CreationsAI-Powered Voice Assistance Behind New Digital Health Company Frontive Health (Interview)