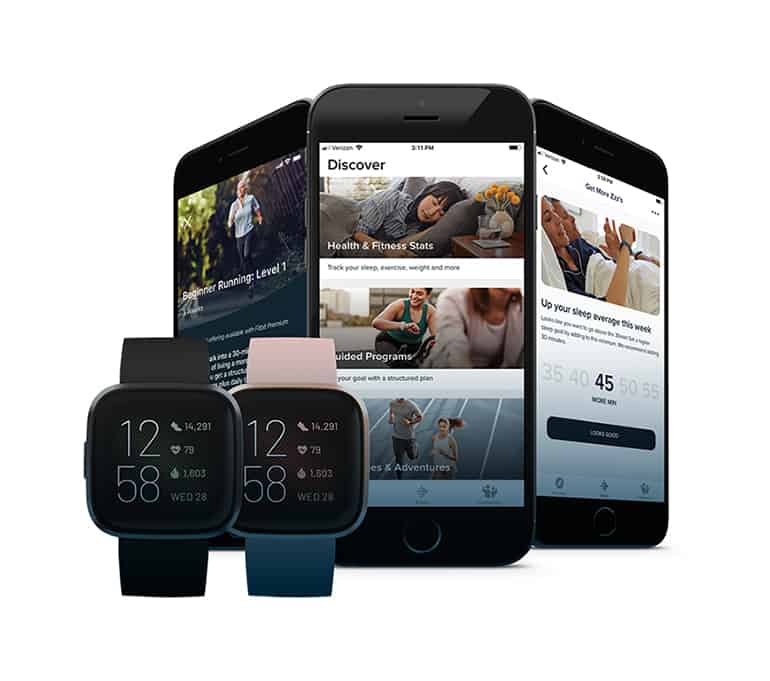 FitBit, a well know maker of wearable devices, is rapidly expanding into data-oriented health solution services. That was an overarching theme in our conversation with Amy McDonough, General Manager and Senior Vice President for Fitbit Health Solutions. She sat down with us recently to tell us about the company’s offerings and how its solutions improve outcomes and decrease healthcare costs for consumers, employers, and insurance companies. The following is a description of our conversation with Ms. McDonough, taken from notes of the meeting, supplemented by additional information from the company.

What started more than a decade ago as a smart watch device is now becoming an outcomes improvement platform. The company is working with 1,700 enterprise partners and 100 health plans. Called FitBit Care, the data collected by the company from wearable devices offers analytics-driven solutions for people to improve their health and their lives, and for payors to decrease costs. The company concentrates its efforts on analyzing data from four major areas of life: activities, sleep, nutrition, and mindfulness/stress.

Consider sleep. According to the company,

“Fitbit has tracked over 10.5 billion nights of sleep since 2009 and has built one of the largest databases of sleep to-date. Fitbit is making sleep a priority to help users better understand how sleep affects their overall health. Before the launch of wearable devices, many types of health data, including quantity and quality of sleep, were only accessible to study participants via sleep labs – which are both costly and time consuming.

The Fitbit R&D team conducts extensive internal testing by observing and analyzing several hundred nights of heart rate and movement data from volunteer sleepers while simultaneously characterizing their sleep with gold-standard lab equipment when first implementing these features, and it continues to analyze and iterate on its devices today.”

So what are the benefits for companies and insurance firms? Fitbit Health Solutions (FHS) provides a platform that offers insights and guidance to make employees healthier. But the benefits go beyond health. The FHS platform can improve productivity, reduce on-job stress and accidents, detect causes of absenteeism, and improve job participation.

The company has already released a premium membership subscription for enterprises and customers, especially since the release of its Versa 2 watch. This device sports four to seven days battery life and offers FitBit’s proprietary “Sleep Score”.

According to the company, Fitbit’s sleep features include:

According to Amy McDonough, 28 million users routinely use FitBit. Companies like Humana use Fitbit Health Solutions to provide coaching for its customers. United HealthCare uses Fitbit Health Solutions to implement its motion program. For example, if you are a customer of United HealthCare and you make a certain number of steps per day, you can earn up to $3/day or $1,500/year of credits towards your FSA or HSA accounts. The company has already returned $43M in rewards to the ensured using this approach.

We asked Amy if FitBit is being used to improve outcomes in rehab, in areas such as smoking reduction or alcoholism. According to her, the company is offering an open application programming interface (API) and software development kit (SDK) for 3rd parties to develop their own software solutions. Things like push notifications and monitoring can surely be used to produce behavioral changes under a well implemented health coaching program.

Amy McDonough mentioned efforts by clinicians at Cedar Sinai Medical Center to improve performance and outcomes and decrease readmission rates in patients who underwent total joint replacements. Similar clinically-oriented programs can conceivably be developed, for example, to reduce postoperative opioid use. All in all, FitBit has already been involved in more than 900 published papers. Here’s a link to Fitbit’s research library, which houses more than 720 active and completed studies.

At the end of our conversation, Amy mentioned recently released news that FHS formed new business partnerships, including those with Singapore’s Health Promotion Board, as well as the BMS-Pfizer Alliance, “in an effort to detect, diminish and spread awareness around a-fib [atrial fibrillation].” So as wearable sensors improve and more and more people participate, the amount of data collected and analyzed would only improve outcomes for individual people and society as a whole. The company, now a part of Alphabet, has a large R&D department to improve its wearables and knowhow to process the data.

vamtam-theme-circle-post
 Category Updates
While the COVID-19 pandemic has seen some countries respond well to the ongoing health crisis for their own populations, it has also – despite decades of increasing and...
Read More

4D Printing to Make Barbs for Microneedle ArraysBioSticker FDA Cleared for Month-Long Vitals Monitoring