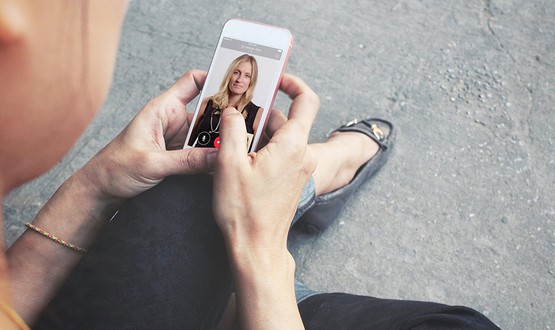 Babylon’s GP at Hand is applying to become a primary care network – a move that risks “destabilising” GP services in London, according to the Londonwide local medical council (LMC).

The GP app, launched in 2017 and is available on the NHS, told Digital Health News it was “well placed” to become a primary care network (PCN).

However the Londonwide LMC has said that if GP at Hand’s application is successful, it would be unfair, both financially and geographically, to other GP providers who are bound by strict rules in the recently agreed GP contract.

The deadline to apply to be a PCN is 15 May, in time for the first round of funding in June.

“With the strong links already formed with community providers, and nearly 50,000 registered patients, Babylon GP at Hand is well placed to be a primary care network,” a Babylon spokeswoman said.

“This network may of course also include other practices that share the vision of highly accessible, high quality care.”

Under the new GP contract,  which came into effect on 1 April, PCNs must exist within connecting boundaries, within the same clinical commissioning group (CCG) area and serve populations not exceeding 50,000 – a number Babylon is fast approaching.

Dr Michelle Drage, chief executive of Londonwide LMCs, said: “It looks like they intend to disrupt the system to the point of destruction, with the consequence of further destabilising all current NHS services in London as GP, community and hospital funding moves to covering people in clearly defined geographical areas.

“In accordance with the Network DES [direct enhanced service], negotiated nationally between the BMA’s GPC [British Medical Association’s General Practitioners Committee] and NHS England, commissioners have been clear to local GP practices that their networks must exist inside contiguous boundaries.”

Under the GP contract, PCNs are guaranteed an estimated 20,000 additional staff across the board – including clinical pharmacists, physician associates, physiotherapists and community paramedics – by 2023/24, with the CCG responsible for the PCN receiving a recurrent 70% reimbursement from NHS England.

But that’s based on PCNs being set over clear geographical areas. Babylon, while being funded by Hammersmith and Fulham CCG, has patients registered in a number of different boroughs that aren’t easily linked.

Only about 5% of its registered patients live in Hammersmith and Fulham, according to a spokeswoman.

GP at Hand has also recently been given the go ahead to expand to Birmingham – adding further concern than additional staff won’t benefit all patients.

Additional national funding will also be available to give PCNs access to digital-first support from April 2021.

A spokeswoman from Hammersmith and Fulham CCG said: “As expected, some of the emerging networks are more defined at this point than others.  As you will be aware the CCG has a facilitation role and we are encouraging practices to have discussions about form and function to ensure that the network criteria and aspirations for the five-year framework are met.

“This includes the Babylon GP at Hand practice, and we will continue to facilitate discussion on network options with the practice, neighbouring practices, the Hammersmith and Fulham GP Federation and NHS England.”

The MP for Hammersmith, Andy Slaughter, has called on the Health and Social Care Committee to carry out an inquest into GP at Hand, raising concerns that funding the app has created a funding deficit of “at least £26million for the period of 2018-2020 which is currently being borne by H&F CCG”.

Digital Health News asked Babylon how it will provide patients across geographical boundaries with coordinated care, who they propose to work with in their PCN and their response to the LMCs claims they are “destabilising” the system, but the company declined to comment.

vamtam-theme-circle-post
 Category Updates
While the COVID-19 pandemic has seen some countries respond well to the ongoing health crisis for their own populations, it has also – despite decades of increasing and...
Read More

NAO raises further concerns over Emergency Services NetworkHEEADSSS Up: The Popular Screening Tool Comes to Mobile Devices