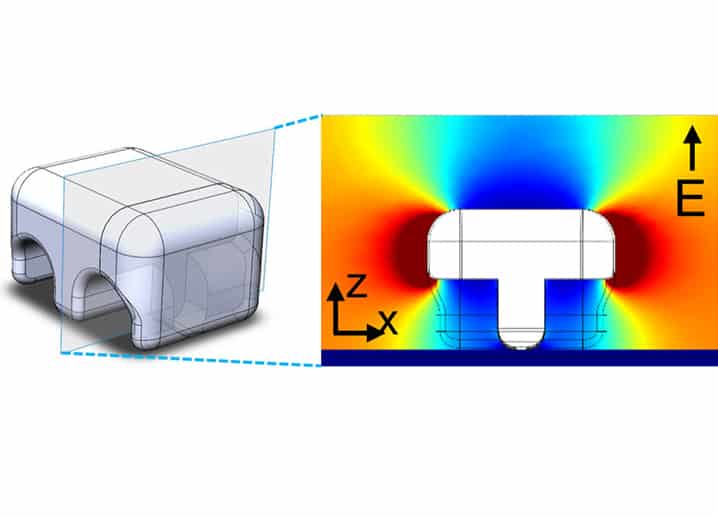 Micromachines that work inside our bodies is still mostly a dream, but it’s a worthy goal that could revolutionize medicine. Scientists at the Max Planck Institute for Intelligent Systems in Germany have just taken a step toward that goal by developing a way for tiny mechanical components to self-assemble into complex and functional devices. This approach may allow for the development of micromachines that travel through our bodies to diagnose disease, deliver drugs, and perform therapeutic tasks.

The components of the newly created micromachines are about half the thickness of a human hair. Unlike most previous approaches that have involved binding various microscopic devices together, the Max Planck team doesn’t rely on magnetic particles within a magnetic field or chemical bonds. Instead, an electric field with a precise gradient is used to polarize a plastic frame made of an insulating material coupled with quartz glass or additional plastic. Once polarized, this frame influences the electric field around itself depending on the frame’s shape with relation to the field, something that can be predicted using computer software. Manipulating the shapes of the frames of various components, they can be made to attract each other when inside the electric field. Moreover, groups of components can be brought together accurately to create complex devices.

To show off their concept, the researchers were able to create tiny vehicles with magnetic beads functioning as wheels. “We designed the chassis with wheel pockets because, structurally, this generates forces that are ideal for attracting the magnetic wheels,” said Yunus Alapan, one of the researchers, in a press release. “Only seconds after we turned on the electric field, the wheels were pulled into the wheel bags.” Since the resulting structure is not very tightly bound, the wheels of their microscopic vehicles can still spin as though they’re on an axle. By using a magnetic field, the researchers were able to make the wheels rotate.

The team also created a micropump and were able to manipulate a microsphere to make what they describe as a miniaturized bumper car.

All this sounds like a good time for a bunch of engineers, but the potential for their research may be significant. “Micromachines that have a high degree of mobility could in the future be used to deliver drugs to manipulate individual cells – currently, constructing machines of this size is a huge challenge,” says Metin Sitti, another scientist involved in the research. “Our new approach has the potential to reduce the complexity of such construction”.

vamtam-theme-circle-post
 Category Updates
While the COVID-19 pandemic has seen some countries respond well to the ongoing health crisis for their own populations, it has also – despite decades of increasing and...
Read More

Penumbra Unveils JET 7 with XTRA FLEX Mechanical Stroke RemoverSamsung Launches iQuia Digital Radiography Platform