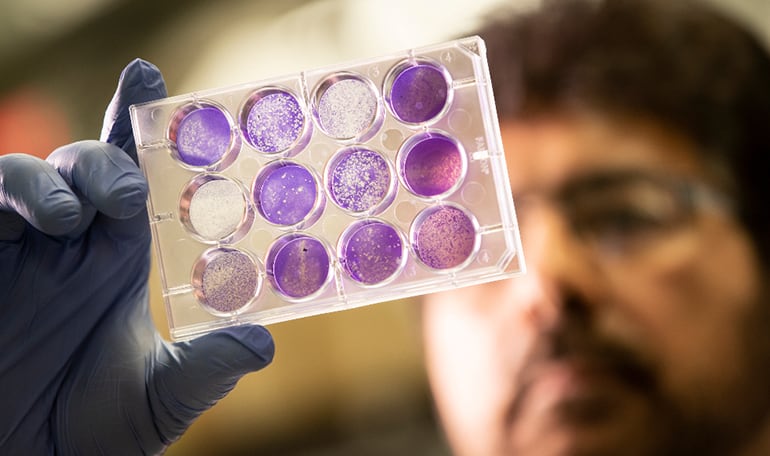 The availability of vaccines in poor and remote regions is usually the result of a lack of proper storage and transportation options. For most vaccines to survive, they must be kept cold and within a prescribed temperature range. Storage areas have to have fridges with access to reliable electricity and the delivery cars and trucks must either have their own refrigerators or rely on expensive refrigerated boxes. Now scientists at the McMaster University in Canada have come up with a way to preserve vaccines without relying on external storage.

The technique, which so far has been tested with the herpes simplex and flu vaccines, involves mixing commercially available vaccines with a sugary gel made of pullulan, a polysaccharide polymer, and trehalose, a sugar mad from two glucose molecules.

The vaccines were shown to be viable for up to eight weeks while being stored at temperatures of up to 40 degrees Celsius (about 100 Fahrenheit. The process is quite cheap, including the ingredients, but it may save a great deal of money spent on refrigeration while opening up areas where vaccines were previously unavailable.

This technology was just published about in journal Scientific Reports in an open access article, and it should be applicable to most viral vaccines. Preserving vaccines using this method is reportedly quite easy, involving a simple mixing process that the researchers liken to stirring cream into a coffee, making it easy to introduce in a variety of places and contexts.

Here’s a McMaster video with some of the lead researchers involved in this study:

vamtam-theme-circle-post
 Category Updates
While the COVID-19 pandemic has seen some countries respond well to the ongoing health crisis for their own populations, it has also – despite decades of increasing and...
Read More

ControlRad Trace Add-On for C-arms Reduces Radiation Exposure3D Printed ELISA Pipette Tips for Low Cost Medical Testing