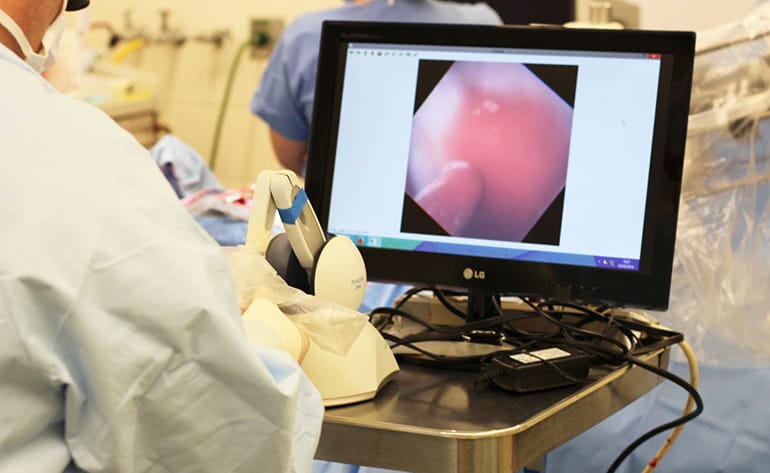 Transcatheter heart surgeries, particularly to repair failing valves, are now common in many high-end hospitals. Though the actual replacement procedure is not easy, navigating to the valve site through narrow vasculature and inside the heart is in itself a challenging task. Moreover, pushing guidewires and catheters through the vessels requires fluoroscope imaging, exposing patients and clinicians to X-ray radiation.

Now doctors and engineers at Boston Children’s Hospital have pulled off a remarkable feat, developing a robot that can consistently navigate a catheter to the site of a leaky heart valve, all on its own and without using any X-rays. 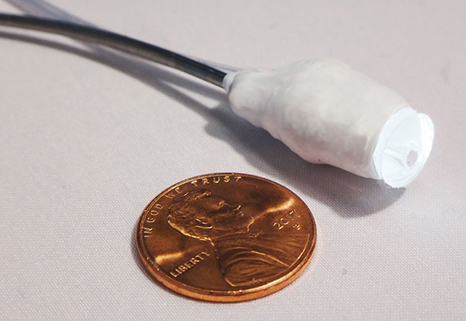 The robot relies on a special catheter that has an optical touch sensor, camera, and light built into its tip. The data from the camera and touch sensor feed into a computer that combines it with previously obtained imaging of the patient’s heart to understand where the catheter is.

As the robot pushes the catheter onward, it uses “wall following” algorithms to make sure it’s navigating along the right course. These are comparable to how a cockroach can move around pitch-dark environments by using its pressure-sensitive antennae. Because the computer, using the catheter sensors, can differentiate between blood, walls of the heart, and other anatomies and objects, it is already quite capable.

The technnology was demonstrated on a pig which had multiple leaks in a bioprosthetic valve placed inside its heart. The robot successfully took the catheter tip precisely to the site of the leaks, at which point an interventional cardiologist was able to take over and fix the leaks.

The researchers tested the navigating abilities of the robot against skilled surgeons, who used manual and joystick-based navigation systems, and the robot performed as well and nearly as fast in these trials. Because no fluoroscopic imaging is necessary, there is already a clear benefit of the technology versus existing interventional methods. Moreover, there is potential for catheter-based robots to even perform routine screenings of the heart and to help surgeons reach difficult to access anatomy.

vamtam-theme-circle-post
 Category Updates
While the COVID-19 pandemic has seen some countries respond well to the ongoing health crisis for their own populations, it has also – despite decades of increasing and...
Read More

Automated Machine for Pumping Bag Valve MasksCrumpled Carbon Nanotube Forests to Power Medical Devices