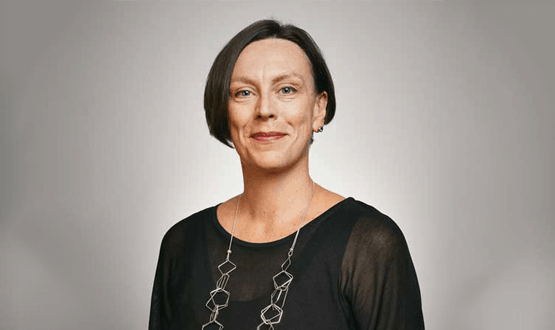 Digital health solutions need to be accessible for all if they are to be successful – that’s the message from NHS England’s interim chief digital officer Tara Donnelly.

Speaking on the first day of The Kings Fund Digital Health and Care Congress on May 22, Donnelly said as digital services in the NHS are becoming increasingly popular, it’s vital they are user friendly, empowering, and will improve patient outcomes.

“The cost of data is an issue for a significant part of the population and if we are trying to drive up digital healthcare we do need to make it as easy as possible,” she said.

“The NHS apps library of products that have been assessed just hit its millionth hit. 95% of people looking at the library are looking at one of four topics; mental health; diabetes; pregnancy and early years; and living more healthily.

“These are incredibly important topics for the NHS around prevention.

“The idea [of the app] is about creating a much more universal offer. The products that exist in the market link to particular primary care systems, but this [the app] is system agnostic because it links with all of them s that wherever you live in the country you should be able to have access to this tool.

“It’s been really interesting to be involved in some of the user research around the app. The expression that keeps coming up from people is ‘it puts me in control’ or ‘I can see my information’.”

In one of her slides, Tara Donnelly showed the digital priorities facing the NHS

She said the most popular functions of the app, according to patient use, was access to primary care records and immunisation records.

Prior to the publication of the report, Leanne Summers, digital strategy delivery lead for NHS England, confirmed at a Royal Society of Medicine event on medical apps that 2,600 people had signed up for the NHS App.

That number has since jumped according to Ms Donnelly, with 82% of GP practices either enabled or scheduled on the app.

Ms Donnelly also spoke of the importance of “consistent and coherent” policy around digital and the aim of the newly formed NHSX to provide that.

Headed by Matthew Gould, the new department has been tasked with overseeing digital transformation in the NHS. It’s mission statement is to make sure patients and staff have the digital technology they need.

“Historically there has been a good sized team in the Department of Health and Social Care and in NHS England both working on different aspects of strategy and delivery, together with NHS Digital,” Ms Donnelley told the audience in London.

“The idea [of NHSX] is that bringing together the talent across those two teams will help drive up and accelerate progress and make digital policy more consistent and coherent at the same time.”

NHSX had it’s soft launch in April and will be formally launched on 1 July.

vamtam-theme-circle-post
 Category Updates
While the COVID-19 pandemic has seen some countries respond well to the ongoing health crisis for their own populations, it has also – despite decades of increasing and...
Read More

Scope Pro-tech Coming Out to Protect Endoscope TipsNew NHSX boss to be keynote at Summer Schools