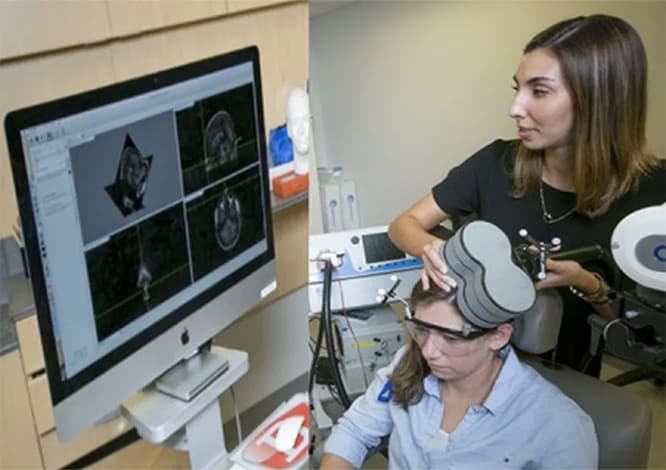 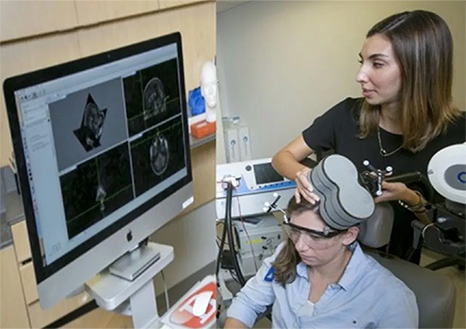 Researchers from Duke University School of Medicine have found that magnetic brain stimulation can help improve working memory. They studied repetitive transcranial magnetic stimulation (rTMS), showing that it improved memory task performance in all ages of adults. Given that individuals with Alzheimer’s will more than double by 2050, rTMS may be a potential form of therapy to help improve memory.

The researchers utilized a commercially available transcranial magnetic stimulation device, which uses high intensity magnetic pulses to depolarize neurons in a specific region of the brain. TMS has been used in patients with psychiatric disorders, including depression and obsessive compulsive disorder, but its applications are probably much more wide-ranging.

This study involved a cohort of healthy young adults (18-35 years old) and healthy older adults (60-80 years old). Study participants arrived for multiple visits and underwent rTMS stimulation while performing a memory task called the “delayed-response alphabetization task (DRAT).” DRAT works by momentarily showing participants a few letters and asking them to repeat the letters they saw in alphabetical order. The researchers found that both younger and older adults that had rTMS stimulation while performing the DRAT task had better performance than those who did not receive stimulation. Surprisingly, the performance boost was only seen for the hardest DRAT tasks, indicating a “use-it-or-lose-it” principle may be at play.

“Contrary to much of what we hear, aging brains have a remarkable capability to remember past events and to use that information in a flexible manner. The brain stimulation applied in our study shows that older adults benefited just as much as the young,” said Simon W. Davis, PhD, a co-author of the study.

The study in journal PLOS ONE: Online repetitive transcranial magnetic stimulation during working memory in younger and older adults

vamtam-theme-circle-post
 Category Updates
While the COVID-19 pandemic has seen some countries respond well to the ongoing health crisis for their own populations, it has also – despite decades of increasing and...
Read More

Simple Test Uses UV Light to Measure Stress LevelsLiquid Biopsy for Monitoring Transplanted Stem Cells