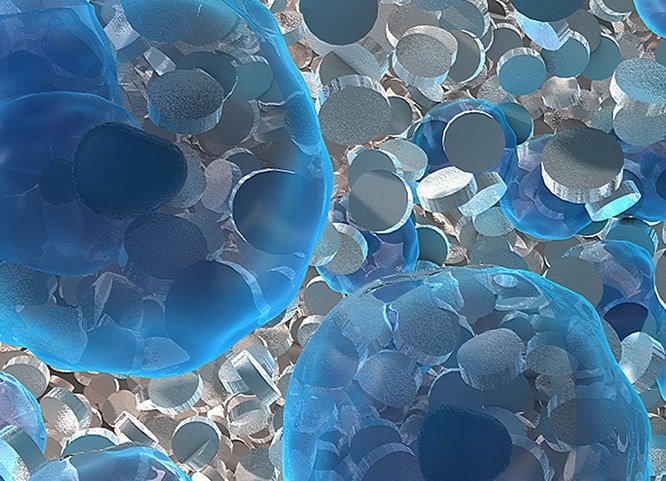 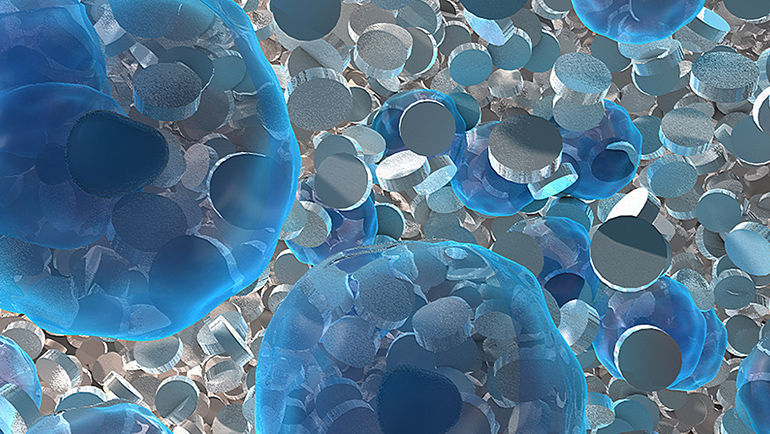 Once cartilage is damaged, there is little that can be done to repair it. Unlike many other tissues, cartilage doesn’t heal well and consequences of injuries and disease can last a lifetime. Now researchers at Texas A&M University have developed an unusual new class of materials that may give cartilage a way of repairing itself. 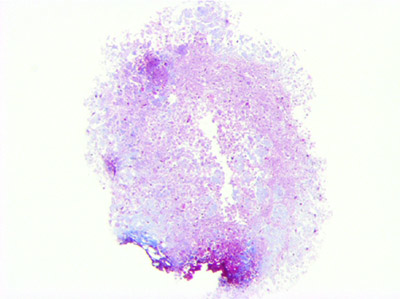 The new materials are two dimensional nanosilicate disks that have a negative charge on their surface and a positive charge on the edges. Being only one atom thick and having a unique charge pattern lets these coin-shaped particles grab onto proteins and growth factors that they can then slowly release.

Lately, attempts at protein and growth factor therapies for cartilage repair have involved delivering large doses to patients, as these substances don’t stay around long enough for smaller doses to work. The new nanosilicate disks may overcome this problem by sticking around the treatment area for extended periods while slowly releasing the therapeutic molecules at a pre-determined rate.

While these disks have not been tried in patients, laboratory experiments have shown that they do trap proteins and growth factors and then release them slowly over a period of about a month. The disks are expected to break down as well when in the body, but at a somewhat slower rate, eventually exiting and hopefully not causing any complications.

Via: National Institute of Biomedical Imaging and Bioengineering (NIBIB) and Texas A&M…