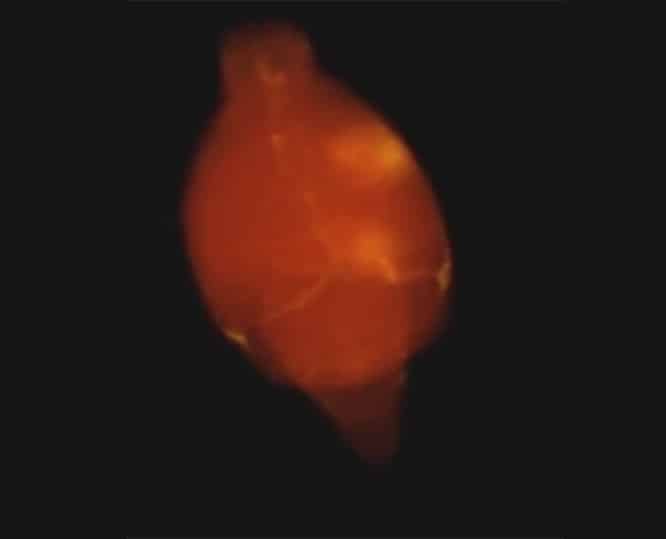 While the blood-brain barrier (BBB) protects the brain from infections, it also makes it difficult to get drugs that treat neurological conditions to where they’re needed. Now, researchers at Columbia University have shown that their ultrasound technique can open up the BBB and allow for the delivery of therapeutic proteins and genes into the brain.

The researchers combined focused ultrasound with microbubbles injected into the blood stream. Their approach doesn’t require intraoperative MRI imaging, which was required during similar previous techniques.

In a study in lab mice with early stage Parkinson’s disease, the researchers used their method to restore dopaminergic pathways using proteins and gene therapy. They targeted their therapy at the putamen and hippocampus, which play a role in Parkinson’s and Alzheimer’s diseases. For this, they used a navigation system already employed in neurosurgeries, but replaced its tip with an ultrasound transducer, making MRI imaging unnecessary.

The technique led to an impressive overall benefit in the animal models. “We found both behavioral and anatomical neuronal improvements in the brain,” said Elisa Konofagou, the leader of the research. “This is the first time that anyone has been able to restore a dopaminergic pathway with available drugs at the early stages of Parkinson’s disease. We were able to curb the rapid progression of neurodegeneration while improving neuronal function. We expect that our study will open new therapeutic avenues for the early treatment of central nervous system diseases.”

Here’s a 3D scan of focused ultrasound-induced BBB openings in a mouse brain:

Study in Journal of Controlled Release: Amelioration of the nigrostriatal pathway facilitated by ultrasound-mediated neurotrophic delivery in early Parkinson’s disease

vamtam-theme-circle-post
 Category Updates
While the COVID-19 pandemic has seen some countries respond well to the ongoing health crisis for their own populations, it has also – despite decades of increasing and...
Read More

Women Paint Over Own Avatars to Improve Mental HealthBIOTRONIK Releases BIOMONITOR III Injectable Cardiac Monitor