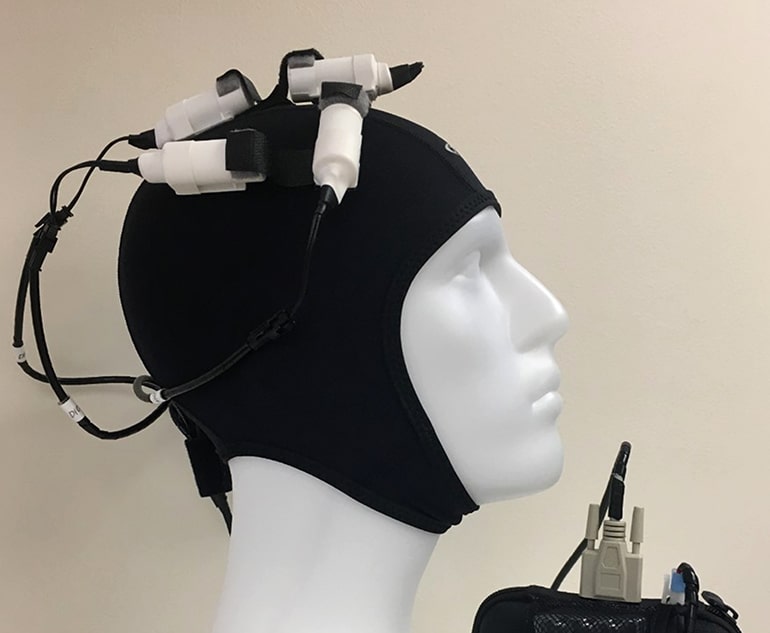 Stroke can result in a variety of debilitating conditions caused by damaged neural connections within the brain. Researchers at the Eddy Scurlock Stroke Center at Houston Methodist Hospital in Texas have now successfully tested a wearable, multifocal, transcranial, rotating, permanent magnet stimulator (TRPMS) to boost neural activity near injured brain areas in patients recovering from a stroke.

The trial involved 30 patients, half of whom were treated with TRPMS and the other half received a sham treatment. All had weakness on one side of the body three months following their strokes. The treated patients underwent twenty sessions, each lasting 40 minutes over a period of a month.

Those involved in the trial had their brains scanned using functional MRI before and after treatment, allowing researchers to see the amount of neural activity. “The robustness of the increase in physiological brain activity was surprising. With only 30 subjects, a statistically significant change was seen in brain activity,” said lead study author David Chiu, M.D., in an American Heart Association press release. “If confirmed in a larger multicenter trial, the results would have enormous implications. This technology would be the first proven treatment for recovery of motor function after chronic ischemic stroke.”

It is hoped that all this stimulation will improve the connectivity of the brain in positive ways to speed up reconstruction and patient rehabilitation post-stroke. The device is non-invasive and lets the user wear it in reasonable comfort, meaning that it could be quickly adopted for clinical practice.

Some details according to the American Heart Association:

[The researchers] found that treatment was well tolerated, and there were no device-related complications. Active treatment produced significantly greater increases in brain activity: nearly 9 times higher than the sham treatment.

Although the study could not prove that the transcranial stimulator improved motor function, numerical improvements were demonstrated in five of six clinical scales of motor function, as measured by a functional MRI test. The scales measured gait velocity, grip strength, pinch strength, and other motor functions of the arm. The treatment effects persisted over a three-month follow-up.

vamtam-theme-circle-post
 Category Updates
While the COVID-19 pandemic has seen some countries respond well to the ongoing health crisis for their own populations, it has also – despite decades of increasing and...
Read More

Abbott’s Gallant Cardiac Implants Cleared in EuropeFist Assist Helps Prep Vein for Dialysis Surgery, Lead to Healthy Fistula