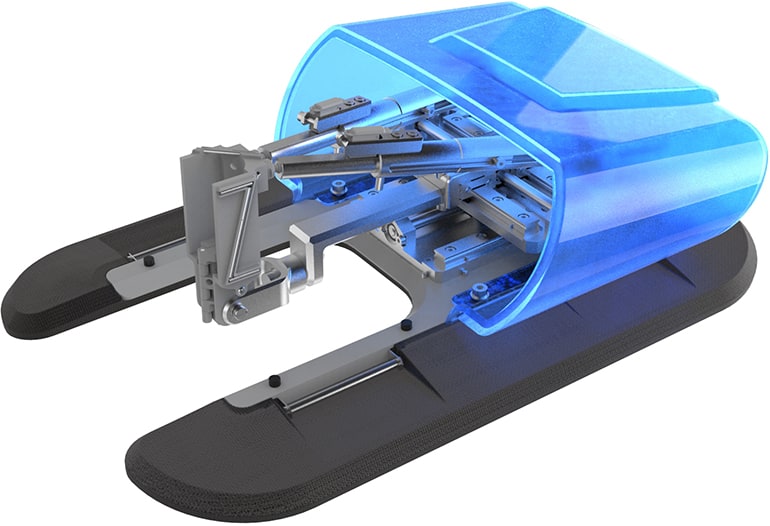 XACT Robotics, an Israeli company, just announced winning FDA clearance for its robotic needle steering and insertion system for percutaneous procedures. Used to perform procedures such as biopsies and ablations, the XACT device provides a great deal of precision when advancing needles towards hard to reach targets.

Breathing, for example, greatly affects the perceived location of a potential tumor, as seen on a CT scan. The XACT robot is placed on the patient and it takes live data from the CT scanner and planning software to continuously adjust the needle and move it just as expected.

If the needle moves outside its predetermined path, the robot immediately detects the breach. The path can be immediately corrected without having to reposition the patient or reinsert the needle, helping to speed up procedures.

This is thanks to the five degrees-of-freedom that the robot operates in, and the physician operates the device from the control room overlooking the operating theater. This helps to keep clinicians from being exposed to X-ray radiation coming from the CT scanner while being able to continuously adjust the robot and its movements.

The device won EU clearance about a year ago and XACT Robotics will be unveiling its system in the United States at the upcoming Radiological Society of North America (RSNA) conference in Chicago.

vamtam-theme-circle-post
 Category Updates
While the COVID-19 pandemic has seen some countries respond well to the ongoing health crisis for their own populations, it has also – despite decades of increasing and...
Read More

In Vivo Incubation System Cleared in Europe for More Natural IVFMasimo’s Wireless Radius Capnography System Cleared in Europe