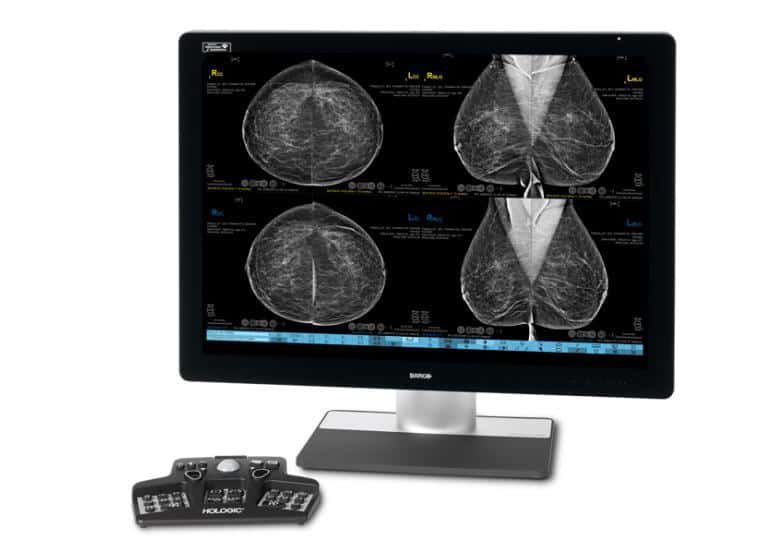 Hologic has won FDA approval to introduce its 3DQuorum imaging technology to the U.S. market. Powered by the company’s Genius AI analytics platform, the new software reconstructs 3D data captured by a Hologic 3D mammography system to generate so-called “SmartSlices” that are each 6 millimeters in width. During the reconstruction, the system spots clinically important regions and keeps relevant image features intact. In the process, though, the image volume that radiologists have to review drops by 66 percent.

Image quality, sensitivity, and the accuracy of reproductions remain the same, but the radiologist only has to look over a third of the images compared with before. Hologic believes that an hour of a radiologist’s time can be saved for every eight hours of image review.

The offering is integrated into the new Hologic Clarity HD Plus package, and can be used with already installed Hologic 3D imaging systems and with future ones as well.

“Superior breast cancer detection begins with our superior imaging, and only Hologic offers a comprehensive breast health ecosystem that improves outcomes, reduces costs, and increases patient and clinician satisfaction,” said Pete Valenti, Hologic’s Division President, Breast and Skeletal Health Solutions, in a press release. “3DQuorum technology is the first of many products to come powered by our new Genius AI technology platform, which will further revolutionize cancer detection in the coming years. 3DQuorum technology delivers meaningful productivity gains for radiologists due to a significant reduction in read time.”

vamtam-theme-circle-post
 Category Updates
While the COVID-19 pandemic has seen some countries respond well to the ongoing health crisis for their own populations, it has also – despite decades of increasing and...
Read More

National, Universal Living Donor Kidney Registry and At-Home Living Donor Testing Kit: Interview with David Fleming, President and CEO of DLAOpinion: Metrics to deliver five extra productive healthy years