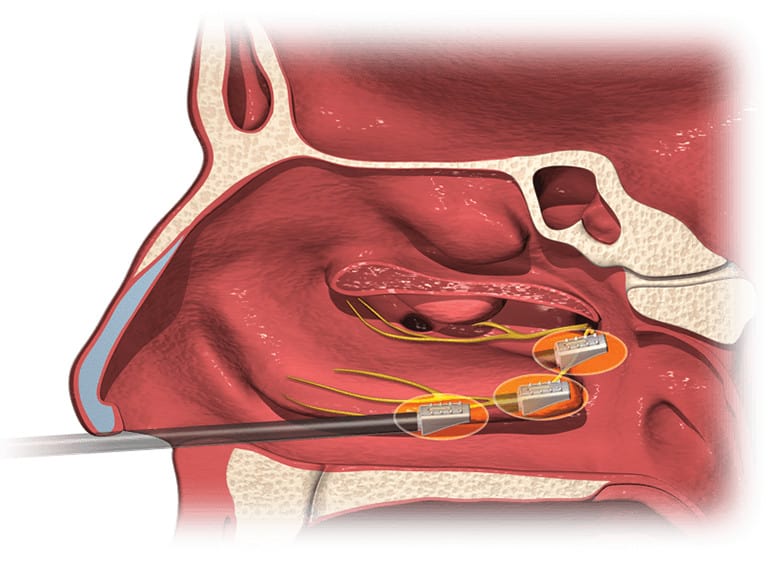 Aerin Medical, based in Austin, Texas, announced this week FDA clearance and US launch of the RhinAer Stylus, a device for nonsurgical treatment of chronic rhinitis.

More than 30 million Americans suffer from nonallergic rhinitis, according to the company’s announcement. Symptoms can be disruptive, including runny nose, post-nasal drip, congestion, and chronic cough. Often, medications and sprays are not enough to control symptoms. A procedure using the RhinAer Stylus provides long-lasting relief by directly disrupting the signals that cause symptoms. The procedure can be performed under a local anesthetic in an ENT physician’s office, with no incisions and minimal discomfort.

A
prospective, multi-center pivotal clinical trial of the RhinAer Stylus showed
that the device confers meaningful benefits. In the study, 96% of patients
treated with the RhinAer procedure reported an improvement in their rhinitis
symptoms at six months. The procedure was safe and generally well-tolerated. Significant
improvements were demonstrated for runny nose and post-nasal drip, the most
bothersome symptoms.

“The FDA clearance and launch of our second nonsurgical innovation for ENT physicians and patients is a significant milestone for Aerin,” said Fred Dinger, President and CEO, in the press release. “More than 13,000 patients with nasal airway obstruction have now been treated with our first product, the VivAer® Stylus with the Aerin™ Console. With the addition of the RhinAer Stylus we now offer ENT physicians a platform solution that can be used to improve the lives of the millions of patients suffering from chronic rhinitis.”

vamtam-theme-circle-post
 Category Updates
While the COVID-19 pandemic has seen some countries respond well to the ongoing health crisis for their own populations, it has also – despite decades of increasing and...
Read More

Jewel Wearable Cardioverter Defibrillator Could Help Prevent Sudden Cardiac DeathsAbbott’s FlexNav Cleared in EU to Deliver Portico Transcatheter Aortic Valve