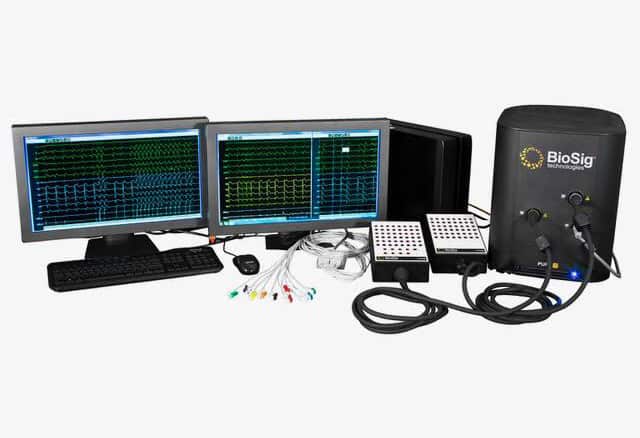 BioSig Technologies has developed the PURE EP electrophysiology information system, a product that aims to provide better tools for doctors who are treating potentially deadly arrhythmias. The computerized system is used to process electrophysiological signals and provides capabilities to acquire, store, amplify, measure, and display such signals. By aiming to improve data quality and handling for clinicians treating patients with abnormal heart rates and rhythms, BioSig hopes to improve patient outcomes.

The system can minimize noise and artifacts, which could enhance the value of such cardiac signals in making an accurate diagnosis and successfully performing related procedures. For instance, the background noise generated by an ablation catheter could be reduced by the system, resulting in a clearer signal. The system is conceived as assisting electrophysiologists in making decisions while performing techniques such as catheter ablation treatments for arrhythmias, including ventricular tachycardia and atrial fibrillation.

The company claims that the PURE EP System can provide a surgeon with new information that they might not have seen previously, which could make all the difference in helping the physician to place the catheter tip accurately. Many atrial fibrillation patients undergo an ablation procedure multiple times without successfully reducing their symptoms, showing that improvements are greatly needed to raise the success rate of this type of treatment.

Previously, Medgadget discussed a successful animal study and upcoming FDA clearance for the system. Recently, BioSig announced successful first clinical results for the system, so Medgadget caught up with CEO Ken Londoner, to see how things are developing.

Conn Hastings, Medgadget: Please give us an overview of cardiac rhythm disorders and the impact they can have on patients. 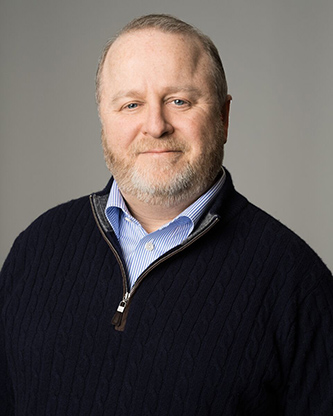 Ken Londoner, BioSig Technologies: Well, I’m not a doctor, but our Scientific Advisory Board has told me that there are two main types of cardiac rhythm disorders where clear signals are especially important: atrial fibrillation, which results from rapid and irregular electrical signals in the upper chambers of the heart; and ventricular tachycardia, which is caused by irregular electrical signals in the ventricles, or the lower chambers of the heart. Both conditions are debilitating, challenging and can lead to a wide range of serious diseases, but ventricular tachycardia is particularly dangerous and can be fatal, if not addressed in a timely manner. It is responsible for most of the sudden cardiac deaths in the U.S., roughly 300,000 per year. (Ventricular Tachycardia in Medscape, December 2017). Individuals experiencing ventricular tachycardia almost always have symptoms of heart failure.

Atrial fibrillation, or Afib, is often asymptomatic and may not necessarily be harmful by itself; however, it increases the risks for other heart-related diseases, as well as strokes. This is because irregular heartbeats result in decreased pumping and passive blood flow, which in turns leads to the formation of clots.

As the heart weakens, Afib patients often develop respiratory diseases and skeletal and muscular conditions because of a buildup of fluid in their lungs or legs, which significantly affects quality of life for patients.

These are very costly diseases, with estimates ranging upwards from $15,000 per patient per year.

Medgadget: What is the role of cardiac ablation in treating such disorders and how successful is this technique at present?

Ken Londoner: Cardiac ablations aim to restore healthy heart rhythms by applying radiofrequency energy to the parts of the heart muscle which are triggering electrical disturbances. A typical procedure requires between 150 to 250 spots to be ablated (Source: https://www.umcvc.org/conditions-treatments/catheter-ablation). It is a well understood procedure, and according to last year’s MD&D report, there are almost 5400 hospitals worldwide which are equipped with electrophysiology labs to conduct cardiac ablations.

As is often the case with other health conditions, earlier interventions tend to result in higher success rates, and an early-stage atrial fibrillation can usually be treated successfully with a single procedure in up to 75% of patients. As the disease progresses, it becomes more challenging to treat it, and multiple ablations are often needed in an attempt to restore a normal heart rhythm.

Medgadget: What are the factors affecting the success of cardiac ablation?

Ken Londoner: While there are many factors which may affect the outcomes of cardiac ablations, leading physicians agree that the primary reasons for failed procedures seem to be inability to locate the correct ablation target and inadequate tissue contact between the catheter tip and the ablation target (or a combination of both). Leading publications such as Journal of the American College of Cardiology are excellent sources of information regarding these and other reasons for failed ablation attempts.

Medgadget: Please give us a brief description of the PURE EP System. How does it help to enhance the success of such procedures? 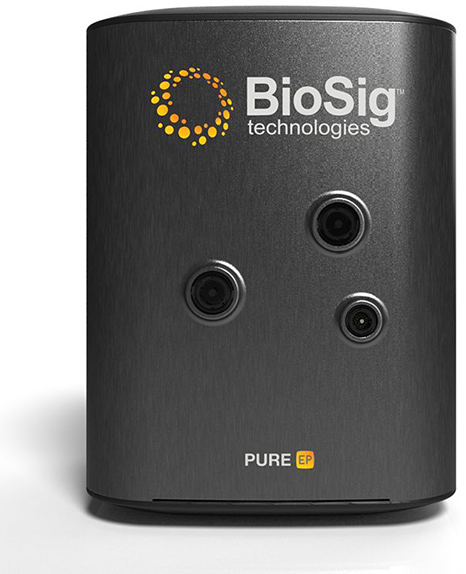 Ken Londoner: Our PURE EP System stands for ‘Precise Uninterrupted Real-time evaluation of Electrograms’. It is a novel signal acquisition and processing technology, which consists of proprietary hardware and software. The PURE EP System displays intracardiac and surface ECG signals with minimal hardware and software processing, which reduces ‘noise’ and interference and preserves important wave form details, which are critical for real-time clinical decision making.

The FDA’s head for electrophysiology, speaking at the Heart Rhythm Society’s Scientific Sessions in 2017, acknowledged that ablation outcomes are still suboptimal and called for technological innovation to improve safety, effectiveness and procedural efficiency.

As mentioned before, the primary reason for low success rates is inability to locate the correct ablation target site. This is happening due to unreliable information – specifically, the inability to differentiate between the clean signal and ‘lab noise’ coming from interference with other operating room devices and excessive hardware filtering. Better clinical information through improved signal clarity and reduced interference may allow surgeons to work more quickly and more accurately and hopefully will reduce the likelihood of repeat procedures. This is what we are primarily hoping to address with our technology.

The need for multiple ablations is hard on patients, frustrating for doctors, and a costly burden on our healthcare system. A 2016 study conducted at Mass General showed that when ablations are successful, annual mean healthcare costs for patients for arrhythmia drop by as much as 40%. (Source: “Healthcare Costs Drop Sharply after Successful Ablation,” Marlene Busko, Medscape, May 4, 2016 – based on MGH poster presentation at HRS 2016)

So, increasing the success rate of ablations could have an enormous impact on overall healthcare costs.

Medgadget: How has the system been received by surgeons using it to perform ablation procedures? 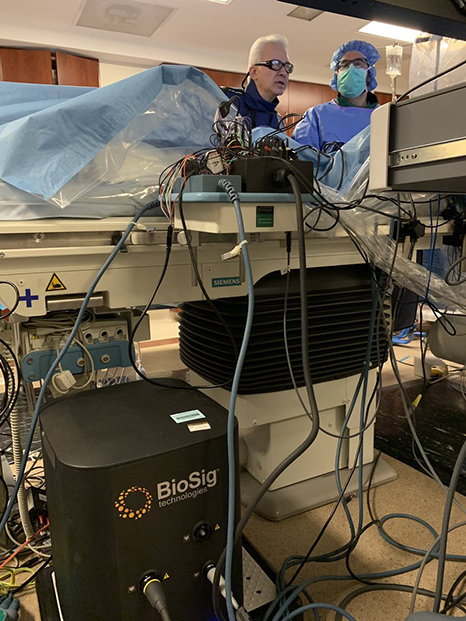 Ken Londoner: To date, we conducted clinical cases at two very different centers: Texas Cardiac Arrhythmia Institute in Austin, TX, which is the highest volume arrhythmia treatment facility in the country, and Greenville Memorial Hospital in Greenville, SC. One is a highly academic institution, and the other – a community focused hospital. Both centers have reported a very positive experience with our technology. Dr. Andrea Natale of Texas Cardiac Arrhythmia Institute, who is widely recognized as the global key opinion leader in our field and a great supporter of new technology, said that our system allowed him to identify signals, which were previously undetectable to him and that our technology might provide information that could change diagnostic and treatment strategies for arrhythmias, leading to more successful outcomes. We could not have wished for a better initial experiment.

Medgadget: How did the first patient cases go? Did you learn anything that you can use to further develop the system in future, or did it perform as expected?

Ken Londoner: We used our system on patients with different types of arrhythmias and in different disease stages. Many of the patients who were treated with the use of our PURE EP System have previously had multiple repeat procedures. Getting our technology exposed to a diversity of patient population is vital to the future success of our commercial journey, and we certainly learned a lot during these initial experiences. Our system performed well in cases of highest complexity, which, according to Dr. Brenyo of Greenville Memorial Hospital, led towards a better understanding of a complex tachycardia event. Feedback such as this is very encouraging, and we are now even more committed to our strategic goal to improve the standard of care in electrophysiology and provide a tool that may increase the number of patients who can have their conditions successfully treated during the first procedure.

vamtam-theme-circle-post
 Category Updates
While the COVID-19 pandemic has seen some countries respond well to the ongoing health crisis for their own populations, it has also – despite decades of increasing and...
Read More

Smart Suitcase and App Combo Help Blind People Get Around Pittsburgh InternationalMovers and shakers news round-up