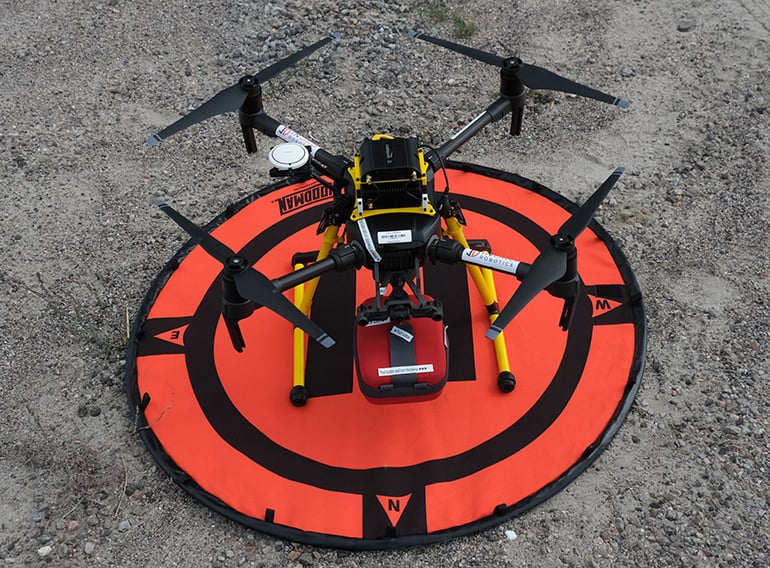 Aerial drones may soon be delivering packages to our homes faster than ground vehicles, as a new FAA certification for a UPS drone fleet has been granted. While it’s very exciting and getting your latest online order within hours of placement will do wonders to satisfy our materialist needs, emergency medicine is the area where flying drones may provide the most meaningful impact.

The County of Renfrew in Ontario, Canada has been working with a few companies that provide drone services and networking capabilities, including InDro Robotics, Cradlepoint, and Ericsson, to test whether flying defibrillators that are attached to drones is faster than dispatching a conventional ambulance.

The results are certainly remarkable, as on average the drones arrived a full seven minutes earlier than the ambulances. Some of the target locations were rural, so unusually long response times when driving long distances can be expected. Nevertheless, the maximum distance to target was no more than 10 miles, so being able to save seven minutes when responding to a cardiac arrest is a huge improvement.

Flights were conducted “beyond visual line of sight,” meaning that the operators of the drones were not able to see their aircraft directly, instead relying on a 4G LTE network to keep constant contact with the drones throughout the flights. Since it’s possible to transmit audio and video both ways, remote paramedics will be able to guide on-site people on how to operate the defibrillator and assist stricken individuals.

This is still a work in progress and the Canadian county will be reviewing the findings to see whether they want to try to test out such drones in practice.

“Given the large area and varied terrain that the county encompasses, it is often difficult to get paramedics to patients in a timely fashion, so we have taken a layered approach to their response. We have been successfully using drones to support our emergency responders for several years, but until now, the operators have had line-of-sight of the situation. We will now have further reach than ever,” explained County of Renfrew Paramedic Chief Michael Nolan in a press release. “What’s particularly innovative and exciting about this trial is the potential of drone-delivered AEDs to have a transformative impact on emergency care for patients suffering cardiac arrest, especially those in remote private, residential or rural settings, where getting emergency treatment rapidly is the difference between life and death.”

Via: InDro Robotics and Ericsson

vamtam-theme-circle-post
 Category Updates
While the COVID-19 pandemic has seen some countries respond well to the ongoing health crisis for their own populations, it has also – despite decades of increasing and...
Read More

Disc Pump for Less Obtrusive Ambulatory Blood Pressure SystemsAI-Powered Motion Tracking Technology for Back Pain and COPD: Interview with Rutger Flohil, US CEO of Kaia Health