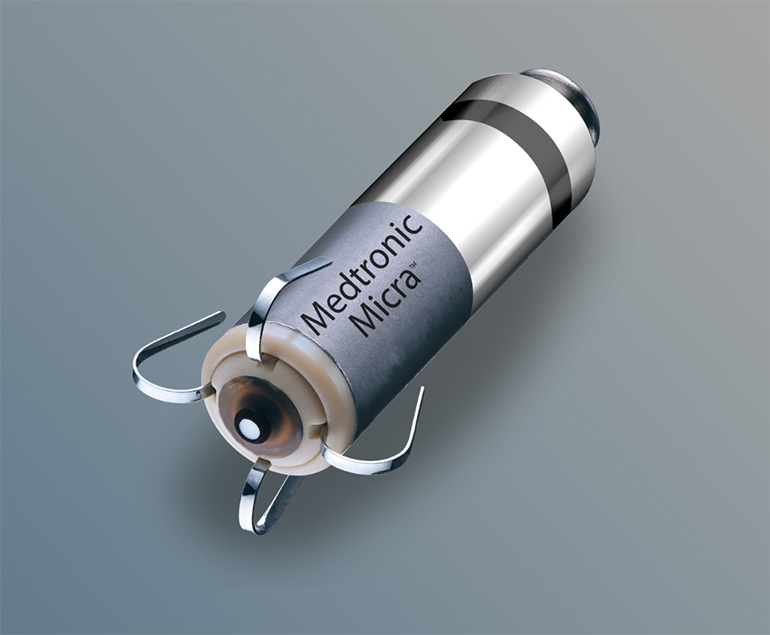 Medtronic won the European Union CE Mark for its Micra AV pacemaker that’s delivered into the heart, where it resides without requiring any leads, using a minimally invasive transcatheter procedure.

The device is indicated for patients suffering from AV block, a condition that prevents proper electrical signal transfer between the atria and the ventricle. Micra AV addresses this condition by continuously monitoring the physical movement of the heart, using a built-in accelerometer, and adjusting how it paces the ventricle at every heartbeat.

“This new device not only stimulates but is also able to recognize the electrical activity of the whole heart. Our ultimate goal is to bring the latest cardiovascular innovation to patients in our area. Now we can extend this wireless technology to other patients who require dual chamber stimulation and in whom traditional stimulation cannot be performed or is conditioned by previous infections, occlusions of the vessels of the upper extremities, etc.,” said Dr. José Ramón González Juanatey, director of the Cardiology and Intensive Cardiac Care Department at University Hospital, Santiago de Compostela, Spain, in a Medtronic press release.

Some relevant clinical trial data, according to the company:

The Micra AV approval is based on data from the MARVEL 2 (Micra Atrial Tracking Using A Ventricular accELerometer) study, which evaluated the safety and effectiveness of accelerometer-based atrial sensing algorithms. The study evaluated the ability of the Micra’s internal sensor to monitor and detect atrial contractions and enable coordinated pacing between the atrium and ventricle, thereby providing AV synchrony. Results from the study, presented at the American Heart Association 2019 Scientific Sessions and published simultaneously in JACC: Clinical Electrophysiology, showed the primary efficacy objective was met, with a significantly greater percentage of complete heart block patients with normal sinus rhythm having >70% AV synchrony during algorithm-mediated AV synchronous pacing (38 of 40 patients, 95%) than VVI pacing (0 patients, P<0.001 for proportion of patients with >70% synchrony). The study’s primary safety objective was also met, with no pauses or episodes of pacing-induced tachycardia reported during algorithm mediated AV synchronous pacing.

vamtam-theme-circle-post
 Category Updates
While the COVID-19 pandemic has seen some countries respond well to the ongoing health crisis for their own populations, it has also – despite decades of increasing and...
Read More

Abbott’s Freestyle Libre 2 Advanced Wearable Glucometer FDA ClearedColibri Micro Single-Use ENT Endoscope Coming to U.S.