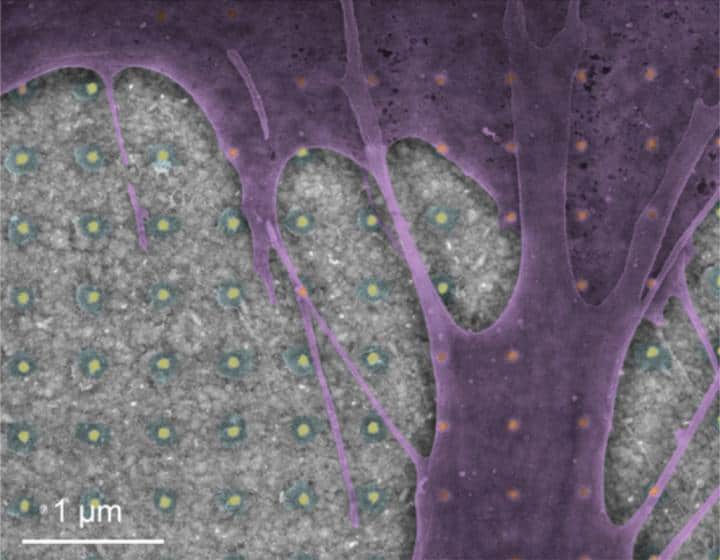 Monitoring neurons and other excitable cells in vivo for research and clinical applications has usually required the use of electrode arrays. These are quite limited in their electrode density and the area that they can cover. Moreover, the amount of signal generated by the neurological system overwhelms any attempts at building large scale electronic microelectrode arrays. Fluorescent probes are another modality, but they come with a host of limitations and incompatibilities for use on living humans.

The research has implications for brain-computer interfaces, prosthetic devices, and for studying brain diseases and developing therapies to fight them.

“The extremely limited bandwidth of the electronic wiring is a bottleneck created by the very nature of electrons,” said Ahmet Yanik, the lead developer of the new probes, in a UC Santa Cruz press release. “We turn to photons because light offers billion-fold enhanced multiplexing and information carrying capabilities, the same reason why the telecommunication industry moved to fiber optics. By converting bioelectric signals to photons, we will be able to transmit large-bandwidth neural activity optically.”

The new probes are less than 100 nanometers in size and include a plasmonic nanoantenna coupled to an electro-chromic polymer whose optical characteristics change within a changing electric field. The probe allows for external detection of very weak electric fields within its vicinity.

These probes generate signals much stronger than those of existing fluorescent probes and produce a much better signal to noise ratio.

“Harnessing the unparalleled multiplexing and information-carrying capability of light to dissect the neural circuitry and decrypt electrophysiological signals has been a goal of neuroscientists for nearly 50 years. We may have finally found a way to do that,” Yanik added.

vamtam-theme-circle-post
 Category Updates
While the COVID-19 pandemic has seen some countries respond well to the ongoing health crisis for their own populations, it has also – despite decades of increasing and...
Read More

Omega FluoroShield FDA Cleared to Reduce Radiation ExposurePhilips’ New General Purpose Monitor with Early Warning Scoring to Prevent Adverse Events