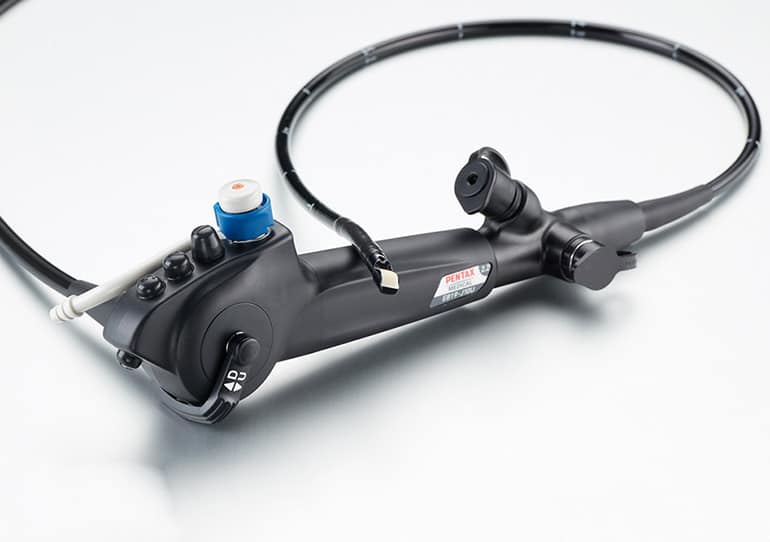 PENTAX has announced that its new EB19-J10U endobronchial scope, having received FDA clearance, is coming to the United States. The device, intended for minimally invasive procedures such as Endobronchial Ultrasound (EBUS) and EBUS-guided Transbronchial Needle Aspiration (EBUS-TBNA), is touted by the company as providing “crystal clear visualization” of the bronchial anatomy and improving procedural efficiency when sampling tissues.

The tiny ultrasound transducer at the device’s tip can be seen in the endoscopic image during any procedure, to confirm positioning and improve the intuitive understanding of where the device is. A wide 75 degree field of vision also helps with visualizing the lungs, lymph nodes, and nearby structures, while a new 2.2 mm working channel is compatible with 19-Gauge needles, a relatively recent development.

“The new EB19-J10U offers a much larger field of vision, which, combined with high-quality ultrasound technology and PENTAX video processors, allows for precise and excellent visualization and orientation in the airways,” said Dr. Rocco Trisolini (Policlinico S. Orsola, Bologna, Italy), in a PENTAX press release. “The ergonomic design with improved grip and wide operational channel are also impressive and greatly contribute to the ease of use and high level of maneuverability.”

vamtam-theme-circle-post
 Category Updates
While the COVID-19 pandemic has seen some countries respond well to the ongoing health crisis for their own populations, it has also – despite decades of increasing and...
Read More

FINDER Device for Bedside G6PD Deficiency Testing Cleared in EUOsia, a New Type of Implantable Hearing Solution by Cochlear, Secures FDA Clearance: Interview