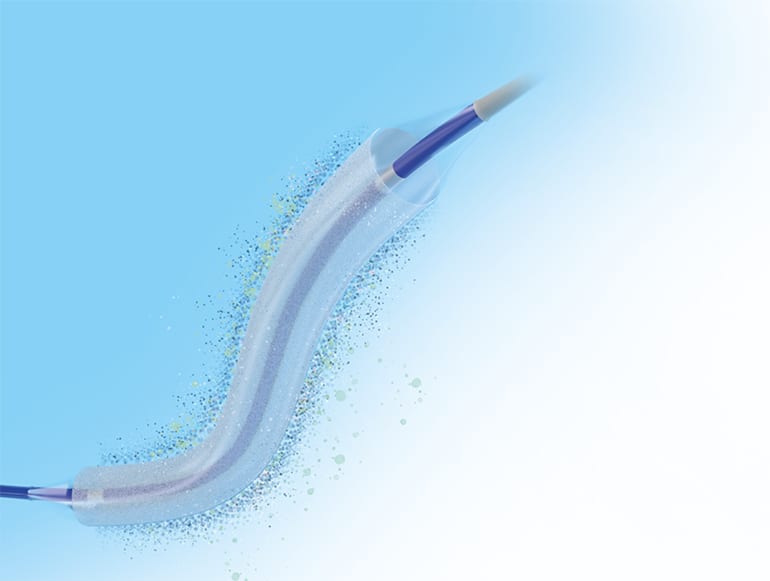 MedAlliance, a Swiss company, won the EU CE Mark clearing its SELUTION SLR sirolimus-eluting balloon for use in treating peripheral vascular disease. This is the first CE Mark that the company has received and the clearance applies to SELUTION SLR devices in sizes from 2.0 x 20mm to 7.0 x 150mm.

MedAlliance’s technology allows sirolimus, an antiproliferative drug, to be released comparatively to how many existing drug-eluting stents release this medication.

Thanks to tiny identical balls within the balloon, made of a biodegradable polymer mixed with the sirolimus, the medicine seeps into the surrounding tissue at a highly controlled rate. MedAlliance is the only company with this capability at this time, and its manufacturing capability pretty much guarantees that each of the tiny reservoirs are the same as the others. The firm’s Cell Adherent Technology (CAT), which relies on charged lipids, is used to attach these micro-reservoirs to the balloon itself.

The reservoirs are left behind in the endothelium of the artery following balloon inflation and they are free to release the drug for the next two months into the lesion being treated, much longer than any other drug eluting balloon. As the sirolimus is released, the micro-reservoirs come apart and biodegrade into the body. After about three months there’s nothing left behind at the treatment site and the vessel is left free to completely heal.

Here’s some clinical data that led to the regulatory clearance, according to MedAlliance:

This award was supported by two-year results from the SELUTION SLR First-in-Human study, involving 50 patients enrolled across four German centres. SELUTION SLR is the first and only sirolimus drug eluting balloon to have 6 months’ clinical follow-up demonstrating a 2.3% Target Lesion Revascularization (TLR) and a 0.19 Late Lumen Loss (LLL). Two-year clinical results confirmed no deaths or amputations. Patients demonstrated clinical improvement as measured by Rutherford Classification, ABI and walking distance at 6 months and one year, which was maintained out to two years. This evidence demonstrates that a sustained limus release drug eluting balloon is both safe and effective for the treatment of femoropopliteal lesions over a prolonged period.

The study involved 50 patients enrolled across four German centres and achieved excellent freedom from TLR through to two years in 87.5% of subjects, with no primary TLR event observed after Month 11. These figures are low compared to reported historical First-in-Human studies. There were no incidences of death or the need for minor and/or major amputations over this period. These Patients demonstrated clinical improvement as measured by Rutherford Classification, ABI and walking distance at six months and one year, which was maintained out to two years.

vamtam-theme-circle-post
 Category Updates
While the COVID-19 pandemic has seen some countries respond well to the ongoing health crisis for their own populations, it has also – despite decades of increasing and...
Read More

Patch Automatically Delivers Insulin as Blood Glucose RisesConnecting Los Angeles: LANES drives interoperability across LA County