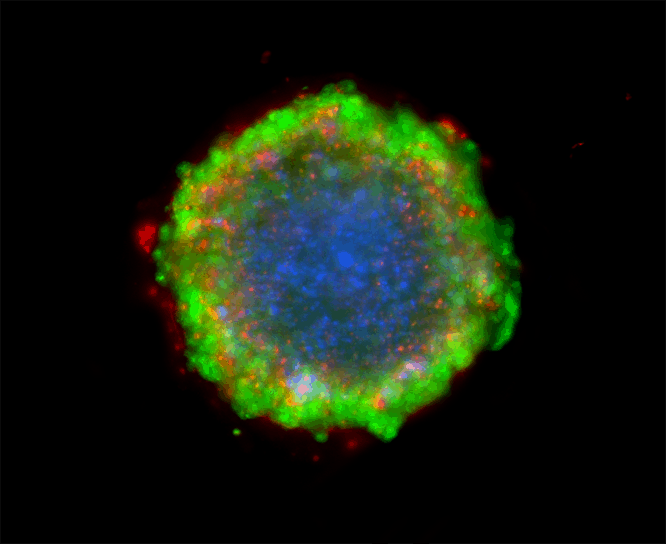 Cancerous tumors can be very inconsistent in how they respond to different therapies. While the tumor of one patient can rapidly shrink when exposed to a given medication, another patient suffering from the same kind of tumor may not get any benefit from that same drug. This phenomenon highlights why personalized medicine is such an important component of biomedical research.

To help identify which therapies will work for a given tumor, researchers at University of Geneva (UNIGE) in Switzerland have developed a way of recreating tumors in 3D outside the body and then using them to test drug therapies. The technique should give oncologists an exciting new way of deciding how to treat individual patients with a level of confidence that was nearly impossible not long ago.

The cell co-culture platform that the team developed was initially focused on colorectal carcinoma, but the same technique should be applicable for other kinds of tumor. The 3D tumor cultures can be created in about three days and during the following five days therapies can be tested. The tumor is kept alive all this time, and even has time to develop a bit so that therapies can be tried at different points of its growth.

To create such tumors outside the body, cancerous cells sampled from a patient are made to float in a U-shaped plate filled with a culture medium. The tumor eventually begins to form on its own, creating a 3D structure thanks to its elevation from the surface of the culture plate.

In their study, the Swiss researchers tested combinations of three different drugs on tumors grown from the cells of six different patients. They were able to test these combinations at different points during the tumors’ development. What they discovered is that low concentrations of three different drugs seems to work better than a high concentration of one drug. The side effects were reduced and the effectiveness was greater.

The next steps will involve comprehensive evaluations of this new technology with more patients, with the goal of deciding how to treat a cancer patient without having to do a lot of dangerous guess work.

vamtam-theme-circle-post
 Category Updates
While the COVID-19 pandemic has seen some countries respond well to the ongoing health crisis for their own populations, it has also – despite decades of increasing and...
Read More

Machine Learning Predicts Psychosis from Subtle Changes in Word ChoiceseMacula Augmented Reality for Vision Impaired: Interview with Steve Willey, CEO of Innovega